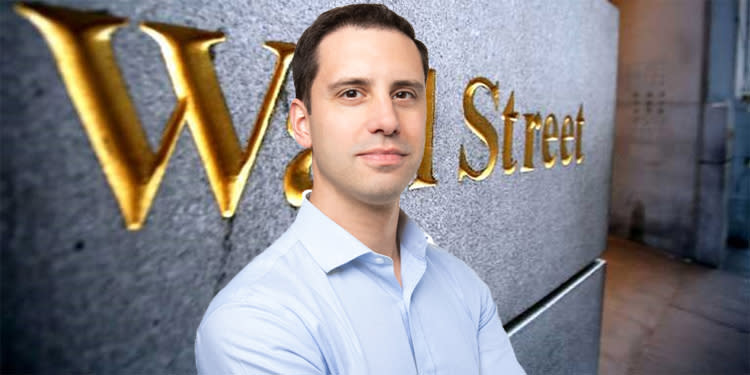 Downturns can bring a lot of pain, but they can also bring on plenty of opportunities, as lower stock prices start making entry costs more attractive. Before taking advantage of these opportunities, however, investors need to find a recognizable signal that will set them apart.

One popular signal to follow is the insider buying, the trades made by high-ranking company officers whose positions give them the ‘inside’ track on their company’s likely prospects – and therefore, of the stock’s prospects.

These officers hold high positions, and they are responsible for bringing in profits for both shareholders and company Boards, and for ensuring future stock performance. Having that responsibility, and having their inside info, doesn’t stop them from trading their own company shares – and to the level that playing field, Federal regulators require that the insiders regularly publish their trading activity. Retail investors can follow those trades through the Insiders’ Hot Stocks data tool at TipRanks.

We’ve opened up the database, to get a head start on following the insiders. Using the inside trading tool, we’ve pulled the details on two stocks with recent hefty trades from the corporate officers. These aren’t the garden variety trades, either, these are multi-million dollar stock moves, the kind that can shift the needle on sentiment – ​​and send the clear signal that retail investors like to have. It also doesn’t hurt that both stocks are admired by the analyst community, enough so to earn a “Strong Buy” consensus rating.

We’ll start with Day One Biopharma, a small-cap player in the medical research biopharma scene. This clinical-stage research company differentiates itself by focusing on the development of new treatment for childhood cancers, especially genetically defined pediatric cancers. This is a field with plenty of openings, as the last 25 years have seen only 12 new pediatric oncology drugs approved.

Day One aims to have the next approved drug in its field, and it has a promising candidate in DAY101, the subject of its clinical trial programs. DAY101, or tovorafenib, is a Type II pan-RAF kinase inhibitor is currently undergoing no fewer than four clinical trials.

The most advanced of these is the pivotal FIREFLY-1 study, in the treatment of relapsed pediatric low-grade glioma. The company earlier this month released data from this Phase 2 trial, showing a 64% overall response rate (ORR) and a 91% clinical benefit rate (CBR) for the first 22 patients. The drug was studied as a monotherapy treatment. Day One has plans to initiate a pivotal Phase 3 clinical trial on this research track, and has scheduled patient dosing to begin in 3Q22.

Also on the clinical track, Day One in May announced that the first patients had been dosed in a Phase 1b/2 study of tovorafenib in combination with pimasertib for the treatment of RAF-altered solid tumors. Both drugs in this trial have shown promise when used in pediatric patients; this study aims to leverage that in a study on adolescents and adults. The company will begin the study with 25 patients ages 12 and up, with the Phase 2 portion of the trial evaluating additional expansion cohorts.

These leading trials are supported by Day One’s cash position. Day One had over $262 million in cash on hand at the end of Q1 this year. Furthermore, the company has, in just the past month, conducted a major capital raise through a public sale of stock. The public offering raised gross proceeds of $172.5 million.

And that brings us to the insider trades. Two institutional investors bought shares worth a total of $29.5 million – but Board of Directors member Michael Gladstone also made a significant purchase. His buy from him, of 766,667 shares cost him just over $11.5 million, and increased his total stake in the company to $12.27 million.

Day One has its fans among Wall Street analysts as well. Covering this stock for Wedbush, analyst Robert Driscoll sees the company’s recent data releases as the key point.

“Overall, although interim data, we are impressed and believe the data appears to validate the unique profile of tovorafenib, which remains on track to show topline data in Q1:2023 that we expect to be sufficient for approval. First, though a formal comparison is precluded by cross-trial caveats including differences in enrolled patients and response assessment criteria, we note the efficacy is currently tracking meaningfully higher than historical standard of care chemotherapy data including in treatment-naïve,” Driscoll opined.

Based on the above, it’s no wonder Driscoll reiterated his Outperform (ie Buy) rating on DAWN shares. With a price tag of $35, the analyst believes shares could double in the next twelve months. (To watch Driscoll’s track record, click here)

Plenty of promising research tracks, and plenty of cash, will always get a biopharma positive notice – and Day One’s Strong Buy consensus is unanimous, based on 3 recent analyst reviews. The stock is selling for $17.45 and its average target price of $37.50 indicates potential for ~115% upside going forward. (See DAWN stock forecast on TipRanks)

From biopharma we’ll shift our gears and change lanes to human resources. HR is a vital part of every company doing business today, and HireRight offers HR departments necessary solutions to issues in background screening, compliance, and risk management for more than 40,000 B2B customers around the world. HireRight was a leader in internet-based HR screening, and boasted strong numbers last year, on the order of 110 million personnel screenings generating 29 million reports.

We’ve heard a lot of news in recent months about how the jobs market has rebounded since the worst of the COVID crisis, as well as headlines about new-found mobility among workers. Both were reflected in HireRight’s 1Q22 earnings report. The company showed a 33% year-over-year gain in revenue, which reached $198.7 million. Income showed strong gains, as well. Total operating income grew some 3.5x on ay/y basis, leaping from $5.7 million to $20 million, while diluted EPS grew at a similar rate, moving from 12 cents one year ago to 37 cents in the current report.

On the insider trading front, HireRight has seen major purchases from investment firm Stone Point Capital – but the trade that caught our attention was by James Carey of the Board of Directors. Carey, whose purchase helped push the insider sentiment here strongly positive, spent over $22.2 million to buy up 1,504,981 shares in HRT over the past few weeks.

In his coverage of HireRight for Jefferies, analyst Hamzah Mazari asked the rhetorical question, ‘What to do with HRT shares?’

Getting into an answer, he says without equivocation: “Buy more if you believe HRT can hit organic growth longer term from high single digits to low double digits, and the company can execute on tech and automation initiatives leading to margin catchup vs peers.. The company expects to complete their tech and automation investment initiatives by the end of 2023, and our sense is we will see incremental benefits from tech investment as HRT rolls out applications in phases.”

Following up on his upbeat stance, Mazari gives HireRight shares a Buy rating, and a $23 price target that implies an upside of 57% going forward. (To watch Mazari’s track record, click here)

Overall, with 5 recent analyst reviews on record, all positive, HireRight gets to bask in a unanimous Strong Buy consensus rating from the Street. The shares are priced at $14.65 and have an average target of $21.20, suggesting a 12-month potential upside of ~45%. (See HireRight stock forecast on TipRanks)

Disclaimer: The opinions expressed in this article are solely those of the featured analysts. The content is intended to be used for informational purposes only. It is very important to do your own analysis before making any investment.