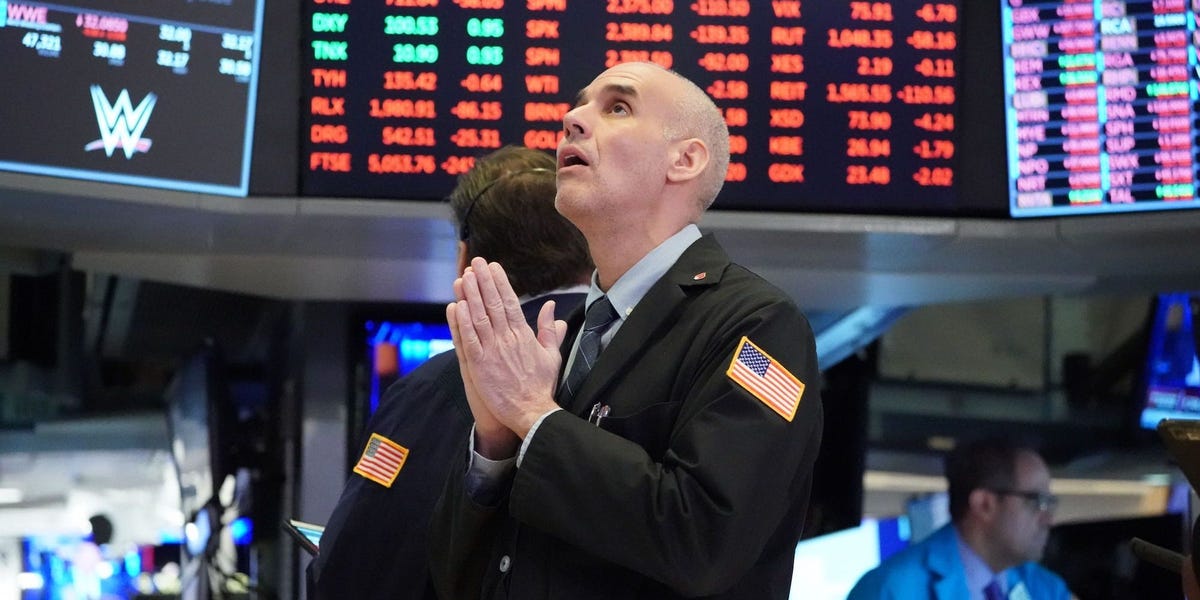 JPMorgan said in a note on Thursday.

The bank’s confidence stems from its view that the annualized inflation rate will get cut in half in the second half of the year from 9.4% to 4.2%, which would “allow central banks to pivot and avoid producing an economic downturn,” JPMorgan’s Marko Kolanovic said.

Such a sharp decline could only be driven by some sort of ceasefire between Russia and Ukraine, which JPMorgan expects to happen in the second half of the year as the economic costs of the war become fully realized for many countries, including Russia.

Falling inflation would be a welcome sign to both investors and consumers, after pent-up demand in a post-pandemic world and supply chain disruptions from Russia’s war against Ukraine and China’s COVID-19 lockdowns helped drive 40-year highs in inflation.

Not only does JPMorgan not expect an economic recession to materialize anytime soon, but the bank also expects a reacceleration in global economic growth, according to the note.

“While the probability of recession increased meaningfully, we do not see it as a base case over the next 12 months. In fact, we see global growth accelerating from 1.3% in the first half of this year to 3.1% in the second half, JPMorgan said.

Much of that growth will be driven by China, according to the bank, which could see its economy grow by as much as 7.5% in the second half of the year, as long as COVID-19 lockdowns don’t resume again. That strong growth would trickle down to other emerging market economies, the bank said.

JPMorgan’s view that no recession will materialize is a far cry from what most Wall Street banks are saying, with Deutsche Bank, Citi, and Wells Fargo all putting odds of a recession at about 50% in recent weeks.

The case for strong stock market returns for the rest of the year hinges on avoiding a recession, and is compounded by the fact that many asset classes are already trading between 60% and 80% below their highs, essentially pricing in a deep and prolonged economic downturn, according to the note. On top of that, investor sentiment and positioning is at multi-decade lows.

“So it is not that we think that the world and economies are in great shape, but just that an average investor expects an economic disaster, and if that does not materialize risky asset classes could recover most of their losses from the first half,” Kolanovic concluded.